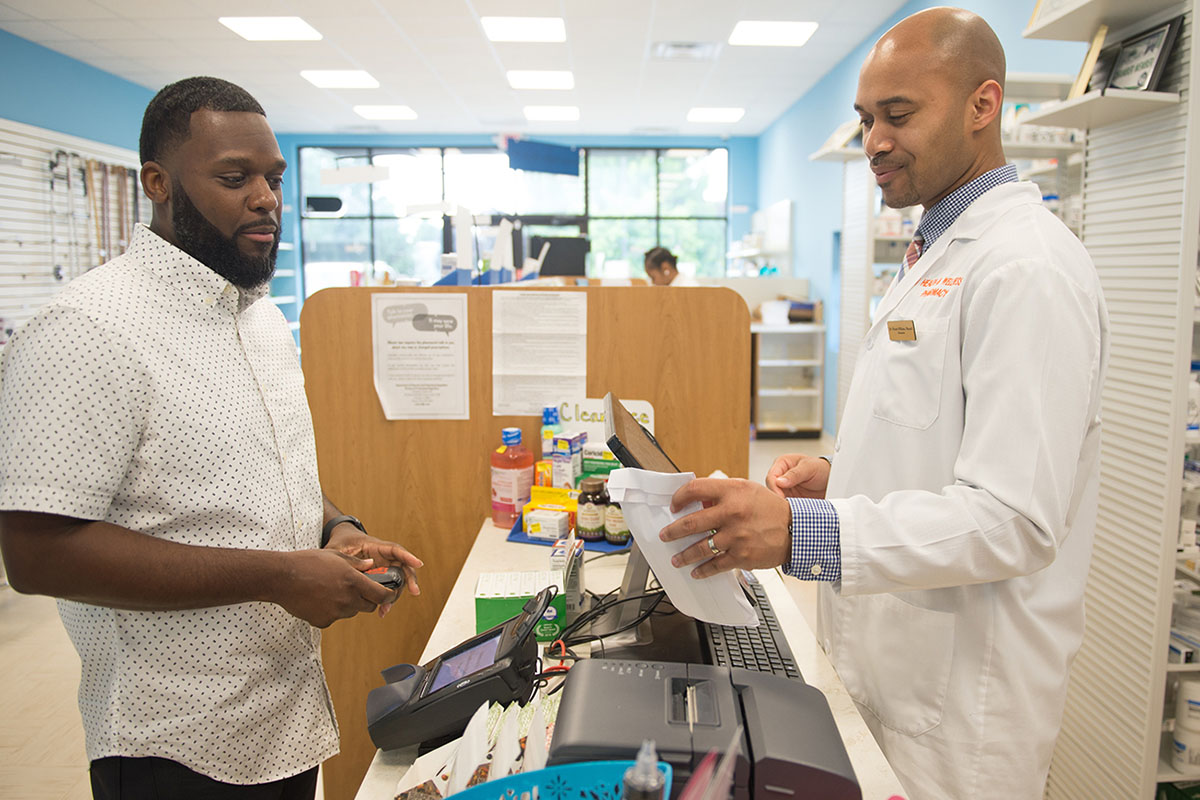 Although I was born in the UK, I attended secondary school and university in Nigeria, as my family moved to Nigeria when I was young.

I got into pharmacy because I loved chemistry. I came across the profession when I was about 13, before hearing about clinical pharmacy, which was in its infancy in the US – and not even known about in Nigeria. So, I decided I would become a clinical pharmacist. But to do that, I had to move to the UK as I realized that I wouldn’t be able to achieve my dream of being a clinical pharmacist as the pharmacy wasn’t, and still isn’t, practiced in the same way in Nigeria.

In those days, pharmacy technicians were not regulated in the UK. In addition, then, as of now, there was a shortage. I easily gained worked as a locum pharmacy technician in various London hospitals, but the role was considerably underdeveloped then, although clearly a vital one. The concept of medicines management or ward-based pharmacy technicians did not exist. We were also definitely second-class citizens, after pharmacists. Even though I had regular work and had no dependents, money was very tight as I was saving up to pay for my conversion course and associated living expenses. After an interview at the Royal Pharmaceutical Society, and a review of my university transcript, I was allowed to enroll in the overseas conversion course, which was then only available in Sunderland as a year-long residential course. For someone who had moved from Nigeria to multicultural London, living in the North-East in the 1980s was certainly a culture shock. There was a big divide between the university and its students, and the local community at that time, so I had a significant socio-political learning curve. Black students were advised not to walk around the town alone at night and physical assaults were not unknown. As a black student in Sunderland, there was no chance of getting a part-time job, so I was always broke. Although the practice of pharmacy was different, the academic knowledge from my Nigerian pharmacy degree was the same, which gave me a great grounding for my studies.

I completed my pre-registration training year at Greenwich Hospital in London, helped very much by my pharmacy technician training. I remember being congratulated by my tutor on my excellent Controlled Drug dispensing and documentation skills! The pre-registration examination had not been invented when I registered in 1989, so we had just had to achieve the competencies. On receiving my registration certificate, I was struck that my registration number was very different from my colleagues, being shorter and preceded by ‘F’. I have never found out what the ‘F’ stands for, but possibly: foreign? This will always mark me out as ‘other’ – although the only element that is different is that I have a pharmacy degree from another country. I think this practice has now stopped, but it is just one example of the embedded discrimination that we overseas pharmacists regularly encountered.

Changing the image of pharmacy

There is still an issue in academia with a lack of diversity and representation, not that it is limited to the pharmacy. Pharmacy is not particularly different to any other healthcare professional. If you are in an industry where you have to climb the ladder to be successful, you are disadvantaged if you’re black. When I first moved back to the UK, I didn’t see senior black people working as lecturers or in practice. I did meet some black pharmacists in London, but they were either in community practice or they remained in very junior roles in the hospital, certainly not in senior leadership roles. That has changed, but it remains a struggle. There are black pharmacist student associations across the country, that are doing impressive work. But at a strategic level, the Pharmacy Schools Council needs to be radical about appropriate representation. We need to ensure that, if you run a pharmacy course, students see themselves reflected in the lecturer workforce. If you do not have that diverse representation, we have to ask, ‘how can we put that into practice?’ Senior black pharmacists are often asked to give talks to pharmacy students, but if, as a university, you don’t have any senior black lecturers, then you need to go and get them or develop them.

It’s vital that diversity of culture and ethnicity, which helps with diversity of thought and the removal of systemic barriers, is seen as normal business.

nextWinning in Nigeria: Pharma’s next frontier

Feel free to call us. We will reply swiftly and provide you with the best customer aid.